Yorkshire Shooting Academy host regular Clay Pigeon Shooting events at our private shooting grounds in North Yorkshire. We offer clay shoots of varying difficulty to suit the ability of the shooter. Our clay shoots provide an enjoyable sporting challenge for shooters of all abilities, from total beginners, the more experienced and discerning game shooter to the professional clay shooter. 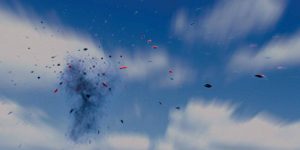 Professional clay pigeon shooting coaching and tuition is available for shooter of all levels by a member of our CPSA qualified team. If you don’t have your own shotgun you can still shoot with us under Section 16/1 of the 1968 Firearm Act, subject to being of sound mind and over 17 years of age. Please contact us
for more information regarding younger people, other exemptions and relevant legislation.

English Sporting is a very popular clay shooting discipline. There are no set rules governing trajectory, angle, target speed, distance or elevation. At every shooting ground it will be different.
Sporting appeals to both clay pigeon shooting enthusiasts and game shooters alike as the discipline is intended to replicate live quarry shooting.
Sporting layouts are usually arranged in a countryside setting as this allows targets to be presented emerging from trees, bushes and banks, similar to birds being flushed on a game shoot.
A set number of targets will be given from a number of shooting stands throughout an area. Shooting stands are used so that guns can only swing through a safe arc of fire.

Skeet Shooting originates from America, this discipline involves two traps throwing two consistent targets.
The English variation of Skeet Shooting involves participants shooting at the targets from a number of shooting stands set out in a semicircle between the two trap houses. The traps throw the clays to cross each other almost at the centre of the semicircle.

FITASC is an extreme variation of English Sporting Clays.

Various Sporting Compacts is also another format of clay shooting.