10 Reasons Why Being Outdoors is a Big Deal

Most people believe that the outdoors is good for us. Now a raft of research proves that time out in nature is essential to our physical, psychological health and wellbeing.

We’ve long known that a breath of clean air works wonders on our respiratory systems and that sunlight generates vitamin D – the vitamin essential to healthy bones. However, an increasing amount of research from around the world is revealing a host of reasons why time immersed in the natural world is essential to the healthy functioning of our minds and bodies.

Studying the benefits of the outdoors is nothing new. In the 1970s a research team at the University of Michigan headed up by Rachel and Stephen Kaplan probed the effects of a natural environment in alleviating mental fatigue. This and other studies have revealed nature’s ability to encourage our brains to take it easy, thus improving memory, attention span and cognition. 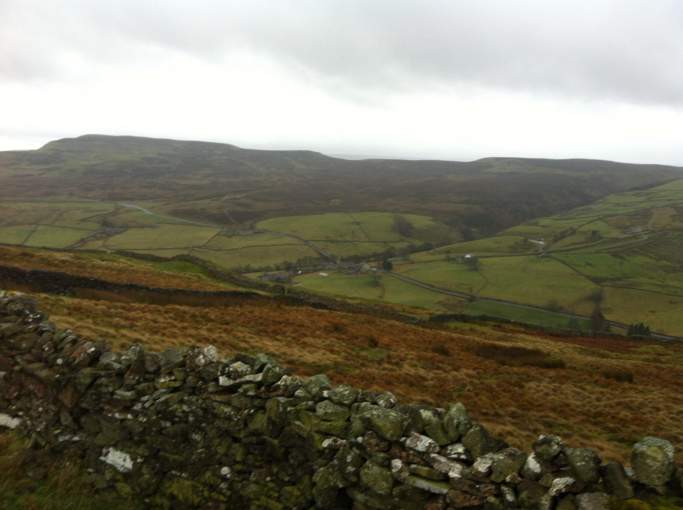 More recently, Yoshifumi Miyazaki, a physiological anthropologist based at Chiba University on the outskirts of Tokyo, has been credited with the concept of ‘Forest Therapy’. Miyazaki asserts that because humans evolved in nature this where our bodies and minds work best. All of which suggests that preserving and allowing natural environments to flourish is not only good for planet earth, it’s essential to our own happiness and health.

Whether you’re playing in a park with your children or getting lost alone in the forest, here’s 10 reasons why time outdoors is time well spent.

1. Forests calm us down

Time amongst the trees has a proven positive impact on reducing stress levels and lowering blood pressure. Research undertaken in Japan, a country of long working days and high suicide rates, reveals that immersing yourself in the natural world significantly reduces stress levels and wards off depression. In response, Japan’s Forestry Agency has created a network of Forest Therapy trails on which rangers monitor visitors’ blood pressure.

According to David Strayer, Ph.D., a professor of Cognition and Neuroscience at the University of Utah, “Modern multitasking overtaxes brain areas that are involved in suppressing distractions, thinking creatively, and developing a sense of identity.” Strayer discovered that a mere four days backpacking in nature improved people’s creativity by 50%.

What we listen to has a huge impact on our health and wellbeing. Studies undertaken by leading sound expert Julian Treasure, chairman of The Sound Agency reveal the benefits of natural sound, as well as silence. An example Treasure cites is that humans find bird song reassuring. We intrinsically feel that all is good in the world if the birds are singing.

Our sense of smell is closely linked to the parts of the brain responsible for processing emotion. The scents we inhale have an immediate and profound impact. Trees and plants emit phytoncides – a volatile organic compound and wood essential oil. Inhaling phytoncides slows down breathing and reduces anxiety. Residents of some east Asian countries partake in ‘forest bathing’ or Shinrin-yoku, an experience which allows us to be engulfed by, and breath in, the healing powers of phytoncides.

5. Water is good for body and soul

Research undertaken by the University of Exeter’s Medicine School details the essential role water plays in our psychological wellbeing. Negative ions are natural antidepressants and found in bucket loads near water. As such walking trails beside lakes or along river banks are recommended for their benefits to emotional health. While those brave enough to take a dip will experience blood vessels dilating in cool water all of which encourages the body to expel toxins and release feel good endorphins. For safety tips on outdoor swimming look here.

6. Nature helps us get better

According to research undertaken by Professor Roger Ulrich at the Chalmers University of Technology in Sweden, the countryside has a positive impact on convalescence. Ulrich’s research indicates that even a view of trees from a hospital window improves rates of recovery.

In 2009, the American Medical Association adopted a resolution in support of controlling light pollution and claimed that “many species (including humans) need darkness to survive and thrive”. Dark skies at night are conducive to the natural functioning of our body’s biological clock which is set by the nocturnal release of the hormone melatonin. One of the impacts of reduced amounts of melatonin is increased amounts of oestrogen, the hormone linked with breast cancer.

Michelle Obama has declared it her personal mission to get more children playing outside via her ‘Let’s Move Outside’ campaign. While US journalist Richard Louv, who studies the links between family and nature, has coined the phrase ‘Nature Deficit Disorder’ in describing the growing disconnection between children and nature. The outdoors is a rich environment for young children to immerse themselves in. Whether they are climbing trees or threading a daisy chain, playing outdoors emphasises experience above technology. It boasts children’s fitness, development, confidence and fuels their imaginations.

For years organisations such as the Brathay Trust in Cumbria have worked with teenagers in the outdoors as a means of encouraging them to fulfil their potential. Good outdoor education has been recognised by Ofsted as contributing to improving pupils’ lives on a personal, social and emotional level.

Our world shrinks as we grow older. As it does all the physical, emotional and social benefits of the outdoors diminish in our lives. The connection between less time outdoors and the acceleration of dementia is considerable. The multiple authors of an Open University research paper entitled The impact of early dementia on outdoor life: A ‘shrinking world’? claim that “maintaining outdoor activity is likely to be an effective preventative measure in extending the period of good quality living”.